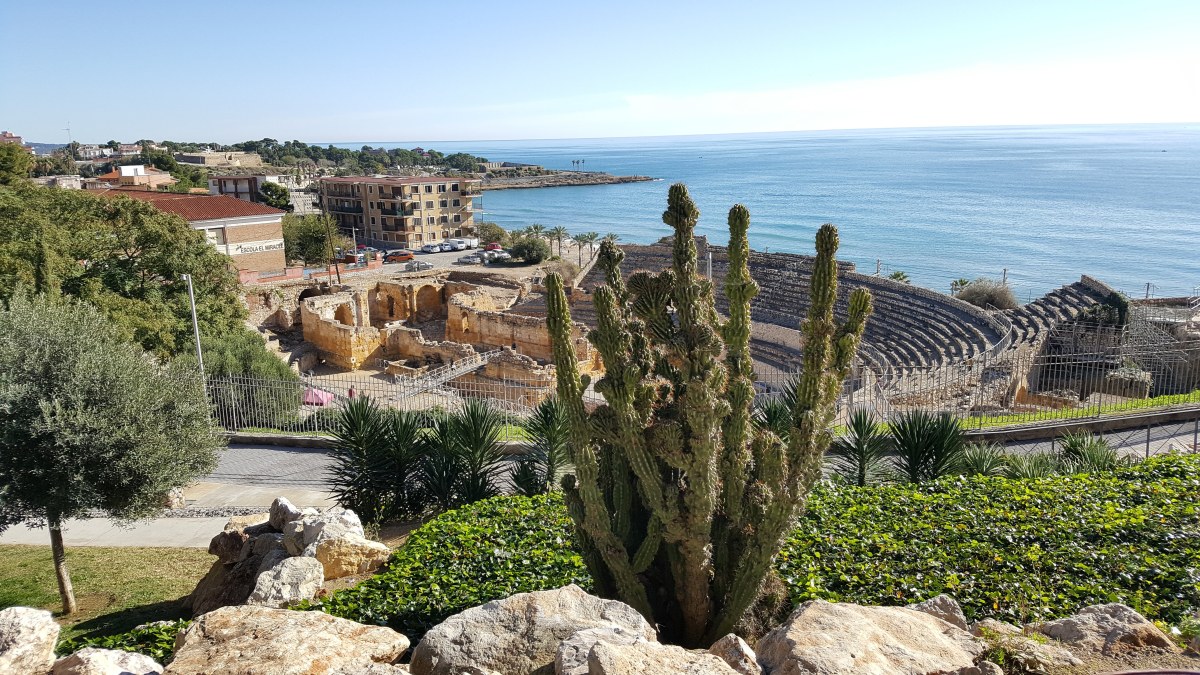 One of the places on my list to see whilst in Spain was Tarragona – so for just the 2nd time this trip we managed to actually tick something off of the, admittedly very short, list (the other being Carcassone).

From our campsite we had about an hour drive.  We took the non-pay road.  Well we fully intended to, but accidently ended up on a pay road for about 2 mins – we came off as soon as we realised – but it still cost us 2.13 Euros!!  This was the C-32, and it happened as we believed that all toll roads began with the designation of ‘AP’.  We now know we were wrong on this!  The fact that it was a ‘peage’ road was shown by a small sign next to the road name with ‘peage’ running through the middle – if I could find an image for you I would, but let’s just say it wasn’t an ‘in your face’ kind of sign!  Anyway lesson learnt we carried on along the C31 through Cubelles and beyond.

About 1/2 hours out we realised that whilst we had remembered to put our hi-viz jackets in the car (this time – we keep forgetting), we had left all the other documentation AND our passports and driving licences in the van – doh!!  This caused the stress levels in the little car to rise somewhat, as the police in Spain have a habit of stopping cars, pretty regularly, at the entrance to roundabouts for spot-checks.

We’ve been stopped twice, once on the way to Tarragona….  Luckily though, as soon as they realised there was no steering wheel when I opened my window, they waved us on (this happened the first time as well) – phew 🙂

Once there we took a left by the ‘ampifeatre’, following the road towards the train station and the sea and found a car park immediately.  We were right in the centre of things and ended up paying 10.75 Euros for about 6 hours – we were happy with that (even though we hate paying to park!!)

So our first stop was to see the ampifeatre.  To be fair you get a really good impression of it without paying to actually go in, but it is worth wandering END_OF_DOCUMENT_TOKEN_TO_BE_REPLACED

We’ve been back in the UK for 12 weeks, and have still barely stopped.

I promise I’ll try to be better!

I do still have lots of places to tell you about (Cabo de Gata, Banos de Fortuna, again, Valencia, Albarracin (what a find), Nuevalos and Montreuil Bellay & Le Mans in France).

So please bear with me and keep reading :)