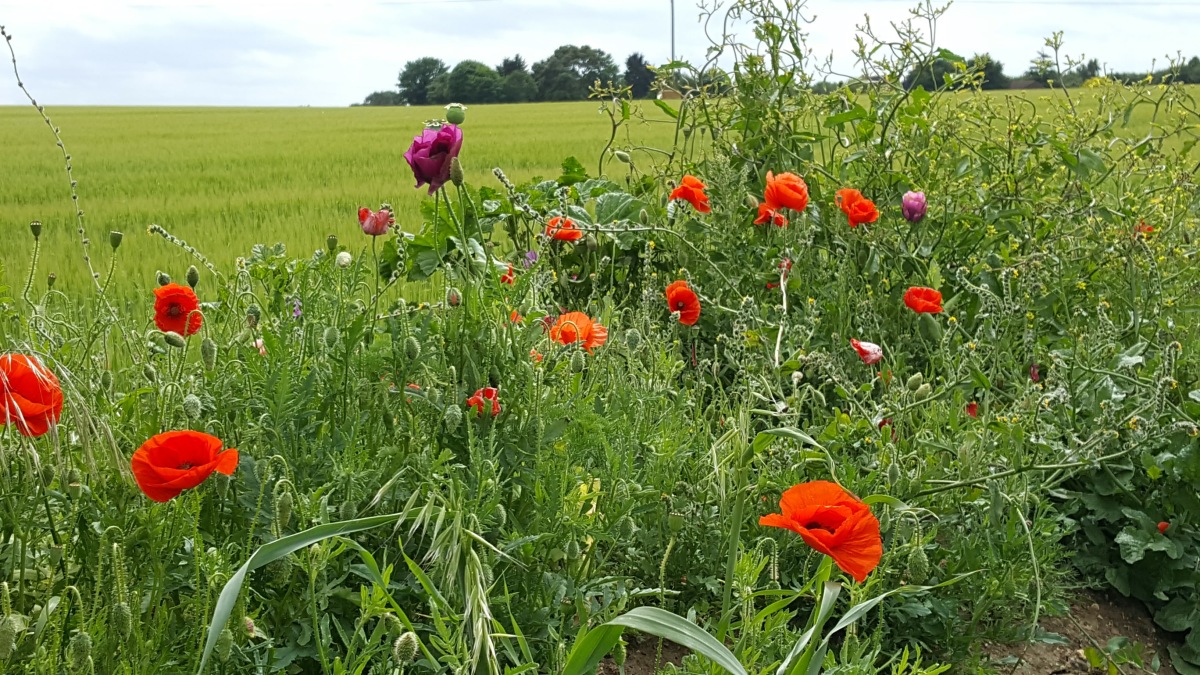 I’ve decided now to just put some photos up!  Again they’re all from our 2017 trip and I’ve given links to relevant posts should you want any more detail of the areas shown.

Other potential posts of interest:

Our time in Essex, Suffolk, Norfolk and Cambridgeshire

Around the UK: a Photo Diary #1 Kent, The Garden of England

We used the Rough Guide to Norfolk & Suffolk to help decide places to visit and walks to take.  Very useful as ever 🙂

My next gallery post will cover Lincolnshire, Rutland and Northamptonshire (for the British Grand Prix).

This post may contain affiliate links. If you buy an item after clicking on one of these links we may receive a small commission at no extra cost to you. If you choose to buy anything it’s very much appreciated, thank you. 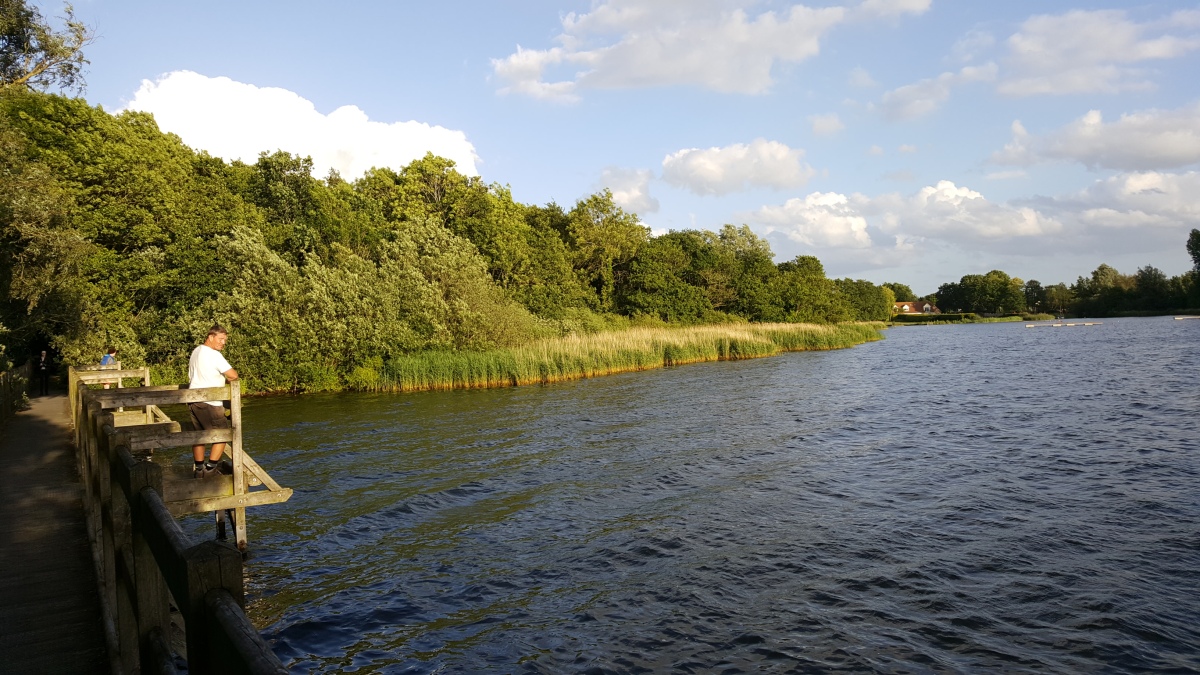 We’ve moved just over 30 miles up the coast and landed in Caister, nr Great Yarmouth. We’re in the middle of nowhere in a wonderful little campsite (see our review for Lower Wood Farm). 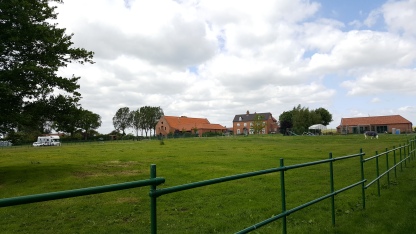 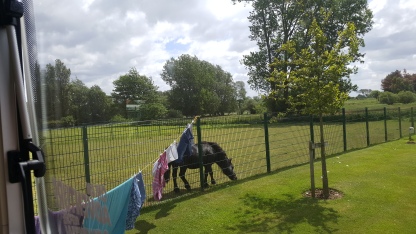 On our 1st afternoon we took one of the 3 footpaths from the site and headed off towards Caister Castle. There are so many footpaths around here you can tailor your own walk depending on how far you want to go. For instance, instead of going directly to the castle and back (which would have been about 2 ½ miles in total) we ‘turned right’ (see what I did there?!) and added a bit more off road walking. This meant that our walk ended up being a very respectable 4 ½ miles. We did have to clear a path in places (it always seems to be windy here, but it is particularly windy at the moment!) And the nettles are huge and plentiful…. 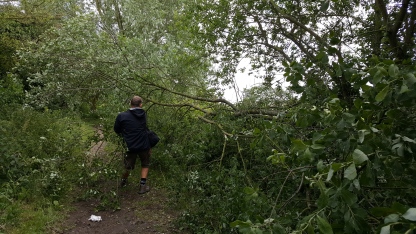 Calvin ‘Indiana’ clearing us a path 🙂 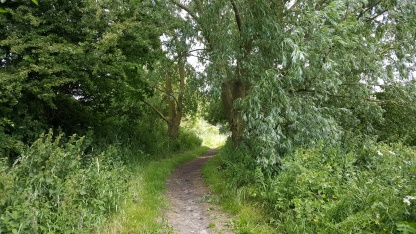 On our walk in West Caister

On the little map that we had been given we saw a ruined church noted so we headed for that before the castle. It turned out to not be ruined at all, but a little chapel that is still in use. I checked later and found out that there are the remains of a ruined church nearby, but they seem to be located in somebody’s garden.

From there we set off for the castle, which entailed walking down 1 of the many lanes that you’ll find, and probably regularly drive along, in this area.

We were confused as to why all the signs point to ‘Caister Castle Classic Car Collection’ rather than just Caister Castle. When we arrived we realised that this is because the car collection is actually the main attraction, with the ruins of the castle (there is a tower that you can climb to the top of) as an added bonus to your ticket price of £14. We got photos from outside the boundary but didn’t go in as we’re not interested enough in looking at classic cars – not enough to pay £28 for the privilege anyway. 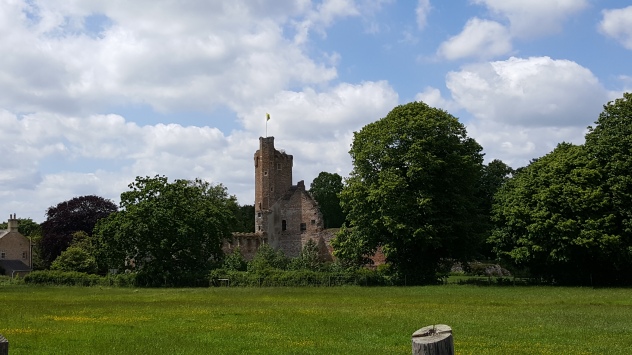 The tower at Caister Castle 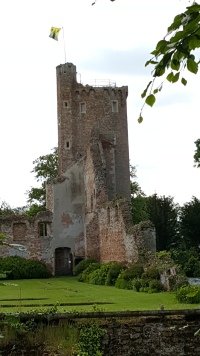 The next day, after a morning swim in our site’s indoor pool, we set off in the little car to explore, starting with Caister on Sea. On the way down to the seafront there is an English Heritage run roman fort with a little car park situated right beside the road. We realised after we’d already driven past! It’s a slightly strange place, the beach is okay (but the beaches improve dramatically as you move on up the coast).

We moved on to have a look at Great Yarmouth seafront. Which we did. From the car! A bit like an east coast Blackpool I think. As we drove in there was an empty and abandoned boating lake, which was a bit of an eyesore. The reason for this became apparent as we moved further along, in that there is a brand new facility. What a shame nothing has been done with the old site. Then came the pier, the amusements and the funfairs. At the far end of the promenade we could see a monument, sited in an industrial area, which turned out to be in honour of the battle of Trafalgar. 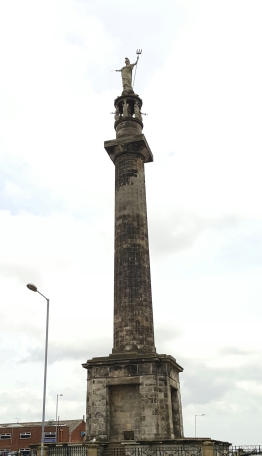 So we’d done Great Yarmouth, no need to go back! We had our sandwiches with us so decided to head to a place called Burgh Castle, where there is another English Heritage Roman fort, to eat them.

On arrival the 1st thing we saw was the church. On visiting we chatted to the guy inside who told us all about it. Amongst the things we learned from him were the reason for the seemingly random sets of stairs built into the walls of some of the churches we’ve seen. There would have been a screen between the chancel and the nave in days gone by, and without electricity the churches were lit by candles, many of which were situated on this screen. The steps allowed the altar boys to climb up to light these candles! 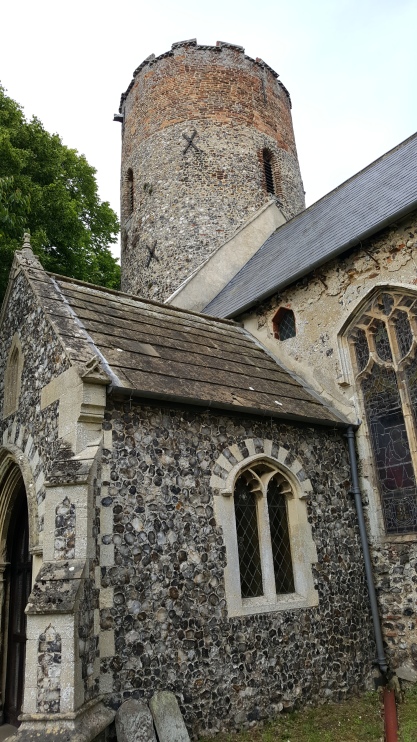 The ‘stairs to nowhere’ in the church at Burgh Castle 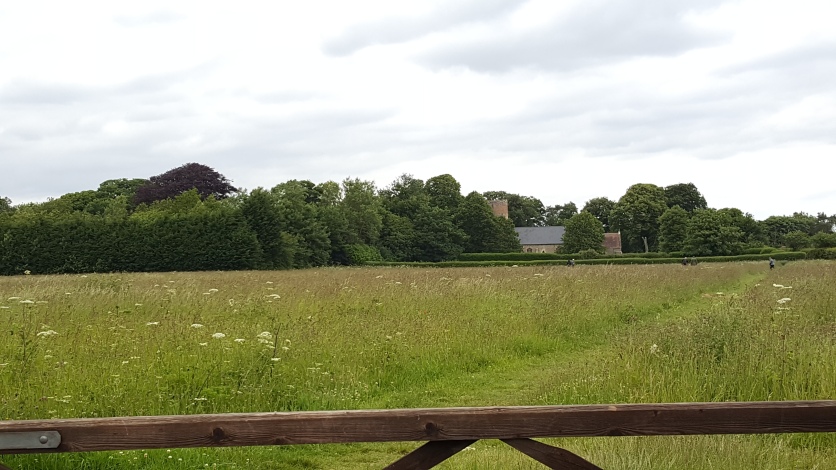 We also learned why you rarely see headstones prior to the 1800s (apart from the fact that the inscriptions wear away over time). This was because they were so expensive before Victorian times that very few people were able to afford them, instead simple wooden crosses were used.

The Roman fort was surprisingly well preserved considering it was built almost 1600 years ago! There are views across the river to a couple of windmills. 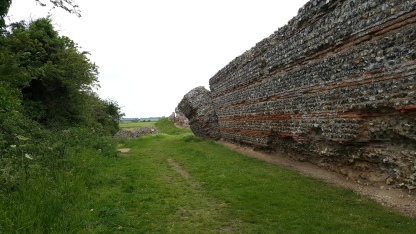 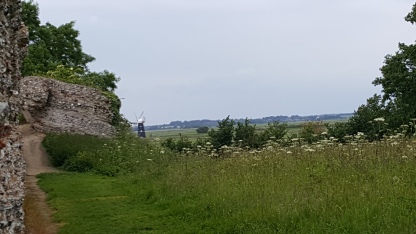 Burgh Castle Roman fort with windmills in the distance

On heading home we again noticed how many wildflowers there were growing in the hedgerows, particularly poppies. I was surprised to see not only red poppies, but also purple and pink – not something I’ve ever seen before. 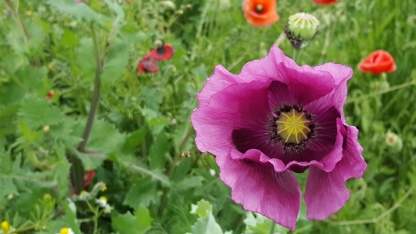 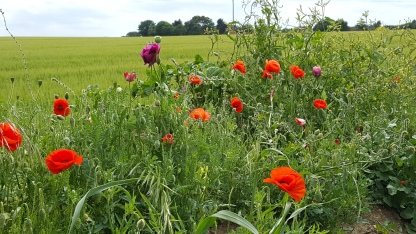 The next morning, again after a swim, we ended up heading to Wroxham, known as the capital of the Broads. We can only think that the beauty of the broads is best seen from the water as landside isn’t particularly pretty. We weren’t charmed in any way by Wroxham, although there are plenty of places to hire boats, by the hour, day or longer.

There are also, of course, boat trips to be had from here and you can rent canoes. 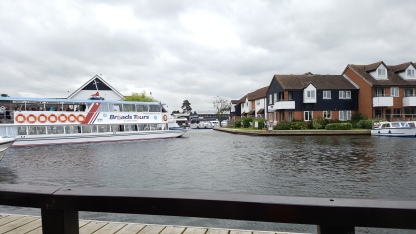 Wroxham from the ancient bridge 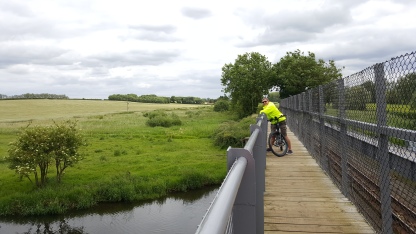 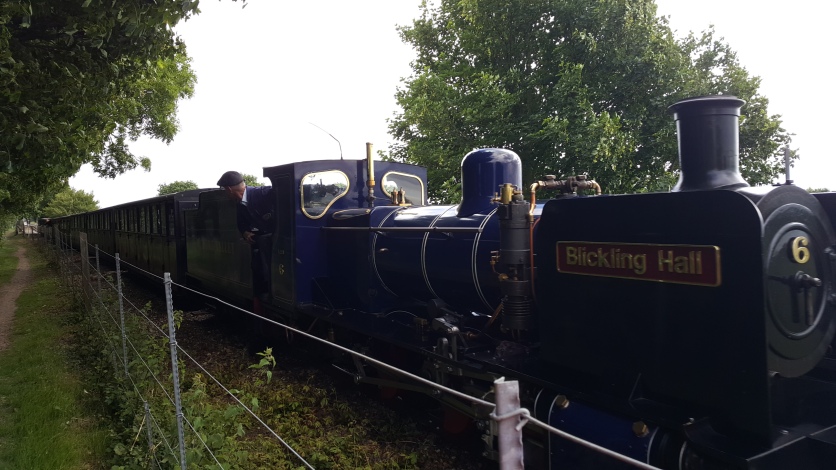 The Steam train from Wroxham to Aylsham (we kept up with it!)

We didn’t find it on the day, but the Bure Valley Steam Railway runs from Wroxham to Aylsham (9 miles) – when we cycled the route a few days later we saw that this was a slightly prettier part of town.

Wroxham also appears to be owned by a man named Roy! He has a department store, toy store, diy store and more!

My next post will tell you about our visit to Norwich 😊