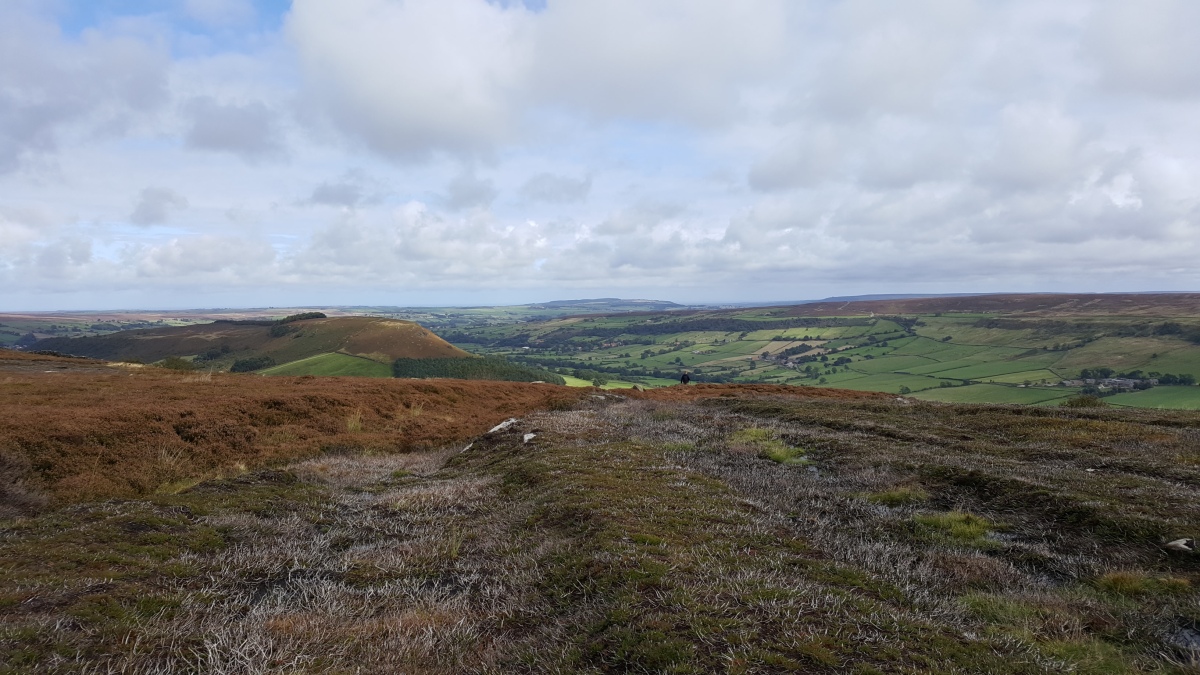 We did a lot of walking in the North York Moors – even when we were ‘going’ somewhere!  So this post will deal with 1 of the days that we were, sort of at least, heading somewhere and I will do a separate post for the days we actually set out just to walk (to the top of Roseberry Topping and to see Captain Cook’s Monument to be precise).

On day 2 in the Moors we headed to the nearest decent sized town, Stokesley, which turned out to be extremely pleasant.  The parking system was disc parking and, not having a disc, we drove through and parked as soon as we could, giving us a short walk back into town.  There are an awful lot of old buildings in Stokesley and the centre has a really nice feel about it, with lots of independent shops and several butchers, bakers and greengrocers.

We also found a dedicated running shop here (I needed a new water bottle).  The 1st bottle they showed me was £35 – I politely explained I wasn’t actually THAT much of a runner!  I did get what I wanted though, and then realised that I recognised the couple from my previous morning’s ‘run’ – I had stopped to wait for them to pass me with their 4 dogs as I was embarrassed by my shambling and didn’t want them to observe it!  These 2 are proper runners – he went up the hill like it  was a Sunday afternoon stroll, whereas I had to bully myself up this hill (all 20m or so of it…).  The shop is called Let’s Run, and they are very involved in coaching and getting beginners out with groups. 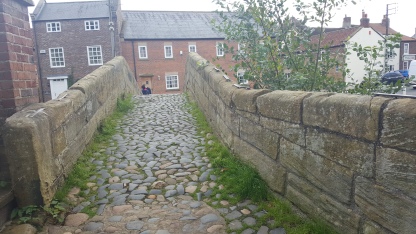 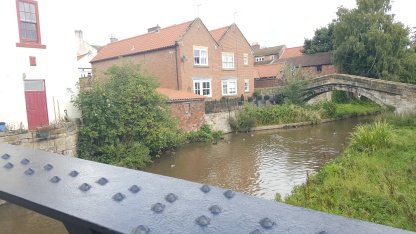 Looking toward the Packhorse Bridge in Stokesley

From here we headed towards Middlesborough as we both wanted to see the Transporter Bridge that crosses the Tees there.

We found it, and we went across the river on it (£1.30!), a very quick crossing after which we found ourselves in an area called Port Clarence, which used to be very busy, but which is now less so.

We had a quick drive around Middlesborough and were impressed by the evidence of past grandeur, and also the clear evidence of ongoing regeneration.

Making our way back the, slightly long way, we saw another bridge that appears to lift.  I have since discovered this to be the Newport Vertical Lift Bridge which is no longer in use, so no chance of seeing it in action unfortunately 😦 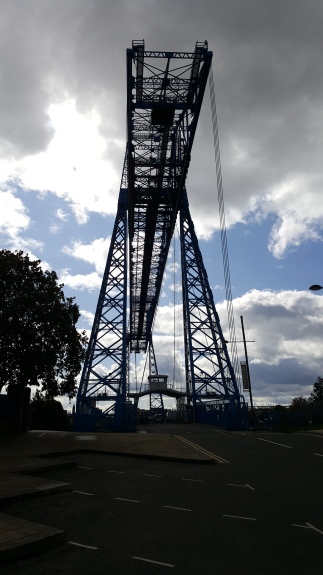 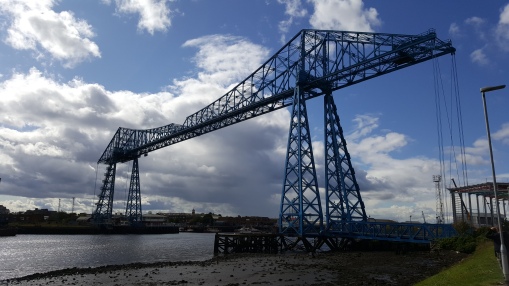 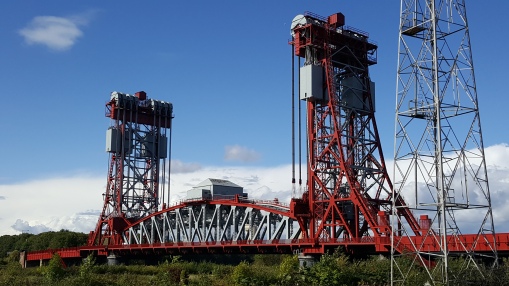 A couple of days later we decided to head south through the moors towards Helmsley.  END_OF_DOCUMENT_TOKEN_TO_BE_REPLACED 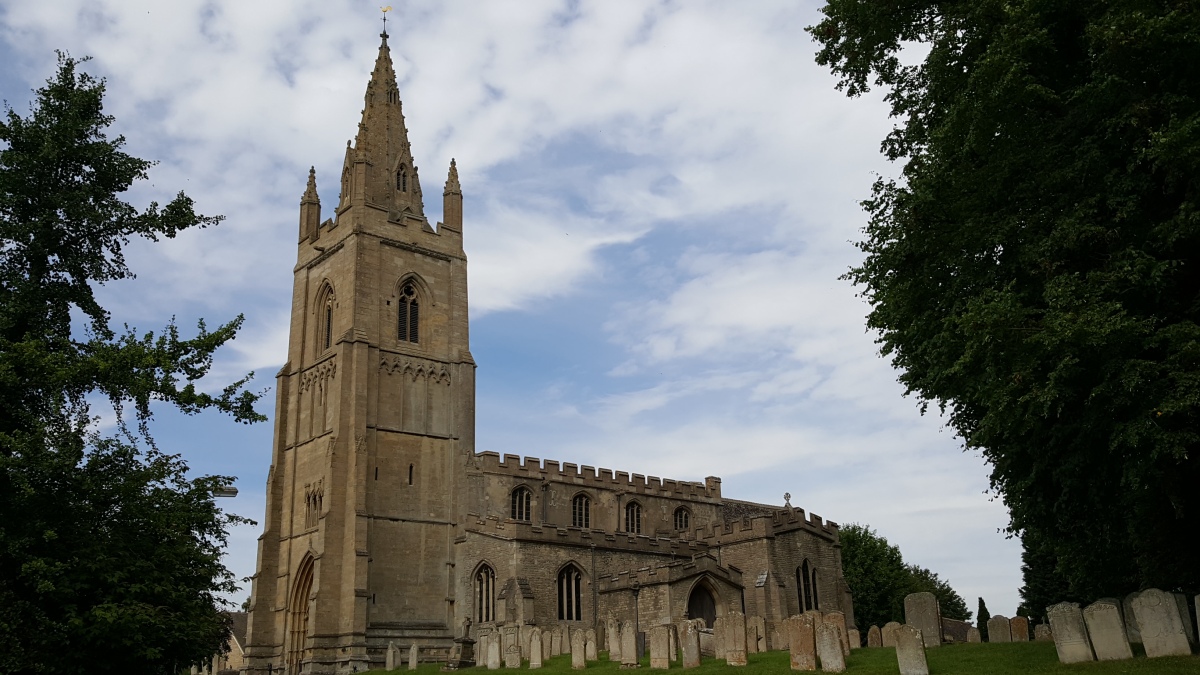 The Sunday before the Grand Prix we visited some of my relatives in the little village of Caythorpe (& Frieston) which sits midway between Grantham and Lincoln.  This was a day full of memories for me as I spent many a happy family holiday here with my aunt and uncle (Audrey and Clarrie).

Calv was very much taken with where my cousins live, in an old cottage fronting onto the old village green.  Who knows where we might end up living in our retirement??

We had Sunday lunch in one of the 2 remaining Caythorpe village pubs, The Red Lion, which was lovely.  Following this we donned our walking boots and took the dogs, Wally and Murphy – 2 of the best behaved dogs I have ever met 🙂 – for a walk.

We headed first to the church, where John and Jude are very active.  This meant that we had more access than normal, and more information too.

The church itself, St Vincents, is Grade I listed and a rare example of a parish church with a double nave; it was built in the early 14th century.

At the end of 1859 a lightning strike damaged the top 25 feet of the steeple.  When it was repaired it was shortened by about 12 feet, causing a ‘bulge’ (known as ‘entasis’) at the top.

This information was learned not only from my cousins, but also from a lovely book by Christina Farley that I bought whilst visiting ( ISBN no. 978-0-948639-67-8).

However, the highlight of our visit was, for me anyway, the fact that I challenged myself to go all the way up the tower and into the steeple. END_OF_DOCUMENT_TOKEN_TO_BE_REPLACED

Found this amazing structure on the lawn this morning. It's so delicate yet survived it's journey from tree to ground. #birdnest #littlebirdnest #amazing #amazingbirds
Little walk while waiting for the car to be MoT'd. I love where I live 😍 #sunset #redskyatnight #lovewhereyoulive #portchestershore
Is a double tyolker good luck? Or have I just completely made that up?? #doubleyolk #eggforlunch #nocarbs #protein #lunch #goodluck
Whilst our for a walk with Ben I find that Southampton does have some areas worth seeing.... Such a shame that so little is made of them - a few info boards world be good for a start #oldestbowlinggreenintheworld #southampton #tudorengland #history #historicengland #holyroodchurch #surprisingfinds
Homemade birthday cake for my office bestie 🎂😘
Pumpkins!! With added slugs (which you can't see!!) #pumpkinpatch #pumpkin #pumpkincarving #paranormalinvestigation #donstylersgym #halloween
Loading Comments...