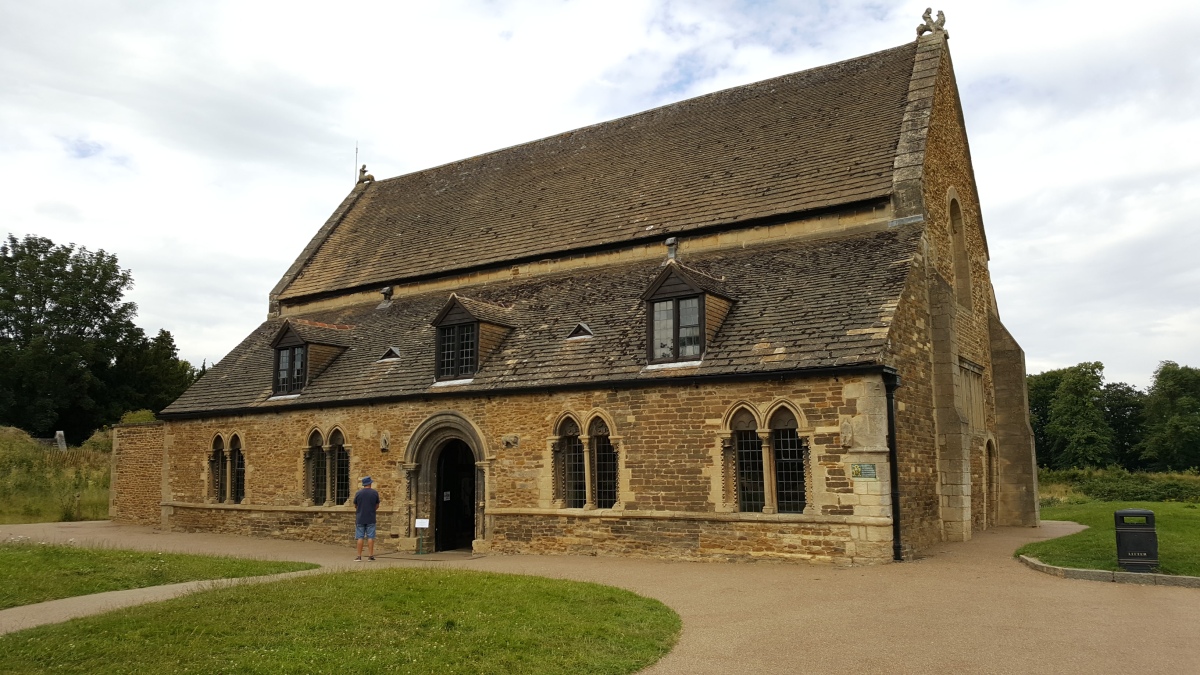 On the opposite side of Rutland Water from where we were staying lies Oakham, the county town of Rutland.  So we decided to visit.

This is a pleasant little town although there doesn’t appear to be an awful lot going on.  We parked up on the side of the road and went for a little wander, heading towards the church – which you can’t really miss.  In the old market place we found this Butter Cross with it’s stocks. 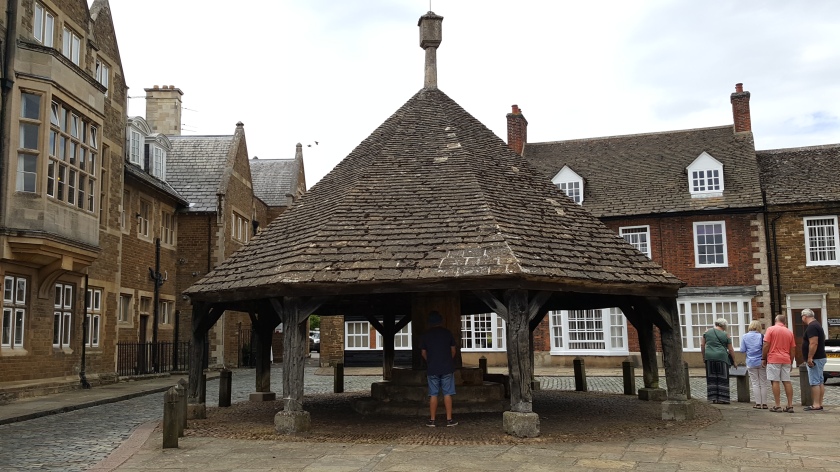 We then took the path to the church, although we didn’t visit on this occasion, and then found an old school house behind the church.  When I say old it has a inscription in Latin on the outer wall, and graffiti from, perhaps, the 16th century (we couldn’t be sure!)

From here we went into the castle grounds from the modern park (the front entrance is by the butter market).  I thought that the grounds were all that was left, thinking that the building was a rather more modern church building (see the main photo above).  How wrong could we be??!!  It’s actually a 12th Century hall and is still used as a court building to this day!

As we walked in I just stopped and stared to try and take in what I was seeing – what an amazing sight! (The photos really can’t do it justice).

Entrance is free and there are a couple of guides available to answer any questions you might have, as well as plenty of information boards.  The horseshoes are presented by any dignitaries who visit the town, and include many from the current royal family.  Below I have included photos of the oldest one (from 1470..) 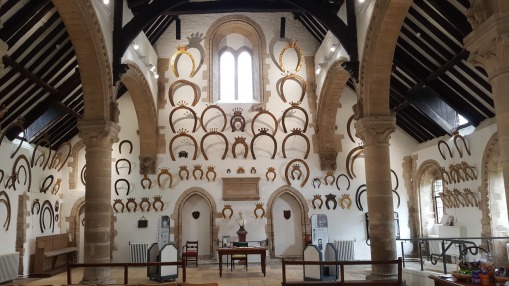 The end wall of Oakham Castle 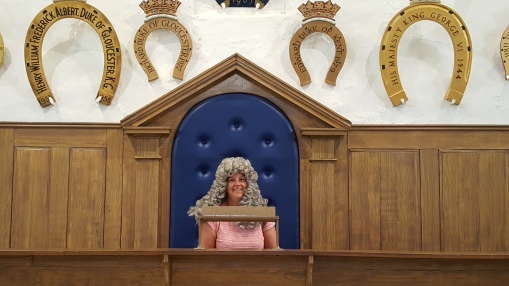 In the judges chair (and wig) at Oakham Castle

The oldest horseshoe (the large one) from 1470

There is also a small shop, several toilets and refreshments.  This was a real hidden gem and it would be so easy to miss out on it.

On our last day in Stamford it rained most of the day, and the only thing that we did was to walk across the fields from our campsite to the village of Ryhall, which is a nice little village.

On Wednesday when we moved on to Whittlebury Park for the grand prix .  Once settled in we headed out to visit Rushden as this is where Calv was born and lived until he was about 7.  I was very impressed that he remembered enough to drive straight to his old house in Coronation Avenue!

We wandered around the area, with Calv remembering various places and events, such as the school railings that he got his head stuck in when he was 5, the shop that they used to run down to and the shoe factory that his brother Phil used to work in.  We also found his eldest sister’s house in Irchester where he and his niece used to play – this we very nearly missed as there has been quite a lot of development around the house.

On the way back we went through Higham Ferrers which was absolutely delightful – the picture below is of the church at Higham Ferrers (we didn’t take any pictures of Calv’s old house as it didn’t seem the right thing to do!)